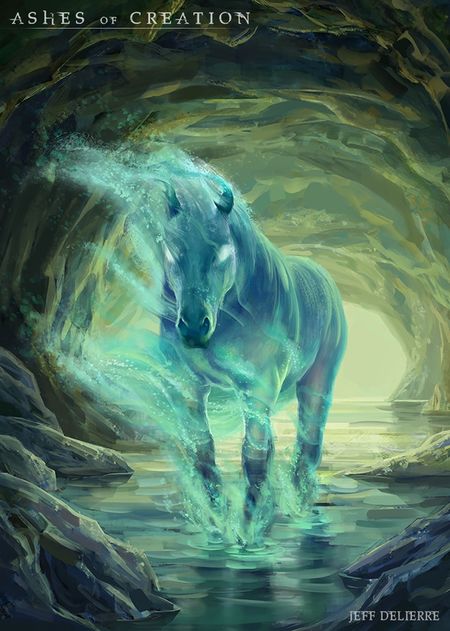 Spectral mare was a Kickstarter mount reward for backing at the Founder level or higher.

The Spectral mare is a ghostly beauty. The textures on this mount have a degree of transparency; and a mist effect (FX) flows from the creature into the wind.[1]

Kickstarter/Estate crowdfunding mount rewards are obtained and utilized by applicable backers in the following way:[1]